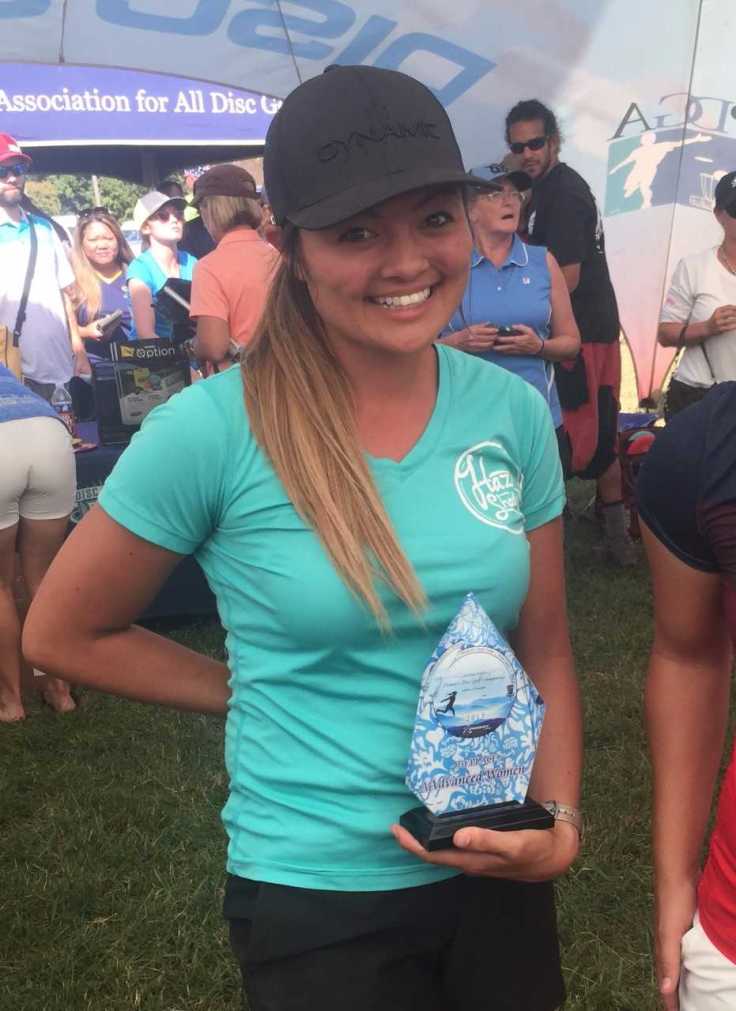 I get the chance to talk to people of all skills and ranges within Disc Golf. One of the newer players to the sport Is Christine Jennings. In April of next year she will have been playing for only two years. After seeing her play and how good she already is for only two years of play the sky is the limit for her. Give her questions a read and you will those same ideas as well! Enjoy!

1) How did you get into disc golf?

I got into disc golf when I met my boyfriend, Zac. At first, I used to just caddy around for him. Over time, since I am competitive and love sports, I started to throw. Right around April 2018 will be my second year playing.

2) Who inspires you to continue to play?

At this point, a lot of my friends are disc golfers. So, they all including myself inspire me to continue to play.

4) Are you still considered an Amateur?

Yes. Since I have not experienced Amateur World Championships, I will be an amateur until after that tournament. Shortly after that, I will move up to Open.

My favorite disc is definitely my Innova Star TL. It is a very neutral fairway driver. I can essentially manipulate it to do whatever I need it to. Although I just picked up a couple Star TL3’s and those are also amazing! More glide than the TL!

So far, Mahr Park in Madisonville, Kentucky is my favorite. It is such a long course, but has a great balance of tight shots and open shots to air your arm out. Definitely recommend!

7) What advice can you give someone who wants to step up up their game?

I believe that form & technique is key. I tell anyone that wants more distance or accuracy to get your form down first. Anytime you change something in your form, you will regress before you progress. However, that is just something you have to sacrifice to become more attuned to hitting those lines.

8) Do you have any pre-tournament rituals?

My pre-tournament rituals definitely include coffee, preferably Starbucks. I also always eat something. Nourishing my body has been key for my focus. Aside from that, I will always get to the course early to warm up putting and throwing a few shots.

9) What do you do to help grow the sport?

Fun fact: Growing the sport is one of my favorite parts of the game. I am a part of the Dayton Ladies League here locally that my dear friend, Stephanie Penrod, runs. Anytime we saw a woman on the course, we would make it a point to invite them to the league. This group started with just about 5 regulars. At the end of 2017, we had close to 12-15 ladies show up routinely! I am just excited that I can help get other women involved in the sport and help them blossom into better players.

I am also a part of Team Hazy Shade, where we represent our local disc golf store Hazy Shade Disc Golf and More. A handful of us on the team run free clinics about twice a month to any locals that are interested. It warms my heart to watch these players start to understand the dynamics of the game.

10) Is there anything else you would like people to know about you that they may not?

Just some fun facts: I was born in Japan and I lived there for ten years before moving here to Ohio. I also have a knack for drawing- I wanted to major in Illustration. I will occasionally break out the drawing board.